The movies ‘Black Widow’ and ‘Luca’, which will be released in July this year, is highly anticipated by fans. It’s been almost a decade since The Avengers brought together this century’s most popular super team.

Captain America, Iron Man, Thor, and the Hulk all got their own movies before the team-up, but fans have fairly consistently pointed out how messed up it is that the only original female Avenger, one Natasha Romanoff/Black Widow, didn’t get her own standalone film.

(Hawkeye didn’t get a film either but let’s be real, nobody was collecting signatures to watch Jeremy Renner shoot CGI bullseyes for two and a half hours.)

As for Disney Pixar movie, Luca, hit Disney+ on June 18, 2021; however, some viewers aren’t sure about the film’s time period.

Since it’s an animated movie, it’s not immediately evident where and when the sea monster, Luca (voiced by Jacob Tremblay), lives. Plus, it’s fantasy, so why does it matter what time period the story takes place? However, the director Enrico Casarosa chose the exact setting for several reasons.

What’s Black Widow’s whole deal and how did she become an Avenger?

Natasha Romanoff is a former Russian operative turned SHIELD agent who doesn’t need superpowers to be formidable. She was trained from childhood in the Red Room, a Russian spy factory that specialized in turning young girls into living weapons, but she defected from the Red Room with help from then-SHIELD agent Clint Barton/Hawkeye. She’s been a good guy ever since.

Natasha joined the Avengers after first appearing in a supporting role in Iron Man 2, and she considered the Avengers her family up until the events of Captain America: Civil War.

There’s a whole movie about it and it’s very good but the important thing is that the Avengers broke up. Natasha initially sided with Tony Stark on his side of the conflict, but she betrayed Team Iron Man during a critical battle at the Berlin airport to allow Captain America to escape. The rest of Team Cap was captured and thrown into prison (including Hawkeye, Ant-Man, Wanda Maximoff, and Falcon), but Natasha slipped away and just kind of disappeared after her betrayal.

She came back though, right?

Yeah, she joined up with Captain America and Falcon at some point and they did a whole vigilante thing for a few years, evidenced by their traveling together in Infinity War. Then Thanos happened and after a very long, complicated chain of events she, uh, died.

Okay, but is she Marvel dead or dead-dead?

Unlike Vision, Gamora, and Loki, Natasha is dead-dead in the MCU. She sacrificed her life to get the Soul Stone for the Avengers and there’s no coming back from that. Well, Gamora came back from that, but that’s because the Avengers created a time paradox. Black Widow does not get a paradox.

So this movie is about a dead Avenger.

Yes. It’s a mid-quel — a movie that takes place during or between the events of other movies. In this case, Black Widow (en español: Black Widow película completa) takes place in the time between Natasha disappearing into exile in Civil War and her appearing with the remains of Team Cap in Infinity War.

So what did she do in that time?

From the promotional material for Black Widow, it seems like Natasha went back to her roots and met up with some familiar faces from her past for a new adventure. Those include fellow Red Room graduate and sort-of sister figure Yelena Belova (Florence Pugh); a Russian super-soldier called the Red Guardian (David Harbour) who has some fatherly connection to her; and her mother figure Melina Vostokoff (Rachel Weisz). Going by Marvel’s standard patterns, it’s safe to assume they have to fight a bad guy.

RELATED: Everything you need to know before seeing ‘Black Widow’ and ‘Luca’

Do we know about the bad guy?

We know about Taskmaster, an elite assassin with the unique skill of being able to replicate anyone’s physical movement just by watching them. This muscle memory makes Taskmaster one of the most dangerous human fighters in the MCU, since at any point in a fight ol’ Tasky can start using their opponent’s moves against them. From the trailer it looks like Taskmaster has been studying the Avengers fairly closely and will be using a lot of iconic Marvel hero moves against Black Widow. Yay cool fight choreography!

Even though we know how Natasha’s story ends, it’s pretty cool that we get to spend a little more time getting to know her better before this Black Widow takes her final bow in the MCU. Black Widow is the first of four Marvel movies slated to come out in 2021 though, and there will be plenty more questions to ask once Shang-Chi and the Legend of the Ten Rings, Eternals, and Spider-Man: No Way Home approach their release dates. See you then.

When Does the ‘Luca’ Movie Take Place? Some Viewers Didn’t Realize It’s Not This Century

The latest Disney Pixar movie, Luca, hit Disney+ on June 18, 2021; however, some viewers aren’t sure about the film’s time period. Since it’s an animated movie, it’s not immediately evident where and when the sea monster, Luca (en español: Luca película completa), lives. Plus, it’s fantasy, so why does it matter what time period the story takes place? However, the director Enrico Casarosa chose the exact setting for several reasons.

Is ‘Luca’ in theaters?

No, Disney Pixar’s Luca is not in theaters. The animated film is available for streaming at no additional cost to Disney+ subscribers. Like Pixar’s Soul, Disney chose to skip the theatrical release due to the coronavirus (COVID-19) pandemic. Unlike Hulu or Amazon Prime video, Disney+ does not have a free trial. To watch Luca, viewers sign up for a monthly plan; however, subscribers could cancel after paying for only one month.

Disney Pixar’s next animated feature, Turning Red, will head to the theaters on March 11, 2022, for the first full theatrical release since the coronavirus.

When does the movie ‘Luca’ happen?

The story of Luca and Alberto (voiced by Jack Dylan Grazer) is set in the late 1950s or early 1960s. The reason for this specific time period is because director Enrico Casarosa drew upon his childhood for the story.

“I had the luck to grow up in Genoa — a port city on the Italian Riviera,” the director told Disney. “It’s a very specific coast because it’s really steep — the mountains rise up from the ocean. The towns are stuck in time—they’re so picturesque. I always imagined them like little monsters coming out of the water.”

The director’s goal with the Luca movie was to create a timeless look. However, he dropped in various Pixar created posters of Italian films from the 1950s to set the era.

“I always felt there was something very lovely about the Italian Golden Age — the ’50s and ’60s,” he continued. “The cinema and the music of that time is iconic and special.”

If viewers look closely, they can find posters of various Italian films from the time period, including La Strada and Roman Holiday, on the city’s walls.

Where does the movie ‘Luca’ take place?

Although the movie begins in the ocean, the majority of the film, Luca, takes place in the fictional town of Portorosso. The small seaside town on the Italian Riviera came straight from Casarosa’s hometown of Genoa and a few neighboring areas.

“The artist’s hand is something I think a lot about,” Casarosa said in the same Disney production fact sheet. “We try to bring some of that warmth and imperfection to the computer animation. And our story takes you to a place that’s fantastic, but also inspired by where I grew up.”

Casarosa loved the towns so much that he wanted to portray them accurately in the Luca movie. The director took the film team to Genoa to study the Italian roots of the movie.

“The Cinque Terre is really close to where I grew up,” he added. “These five little towns are lovely — stuck in time, really, because they’re so small. They’ve retained that old, seasoned look — so wonderful and picturesque. I moved to the U.S. in my twenties, and as often happens, the more you’re away from your roots, the more you value those roots.”

You are transported back to Casarosa’s Italian roots when you step inside Pixar’s Luca. 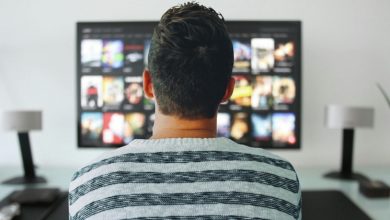 How to Make Your Own Personal Movie Watchlist: 5 Useful Sites 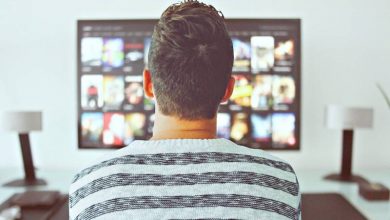 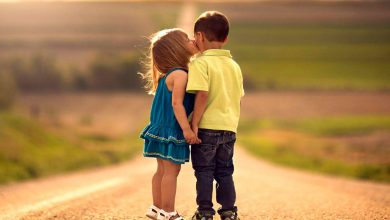